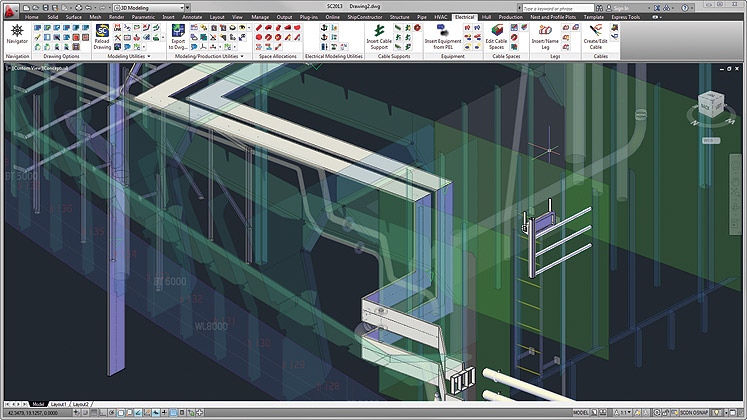 The ShipConstructor 2013 R2 release from SSI offers significant enhancements to its Electrical Product. ShipConstructor now has the ability to automatically route cables between junction points within a 3D environment shared by the rest of the shipbuilding engineering team, thereby reducing interferences and
promoting concurrent engineering. 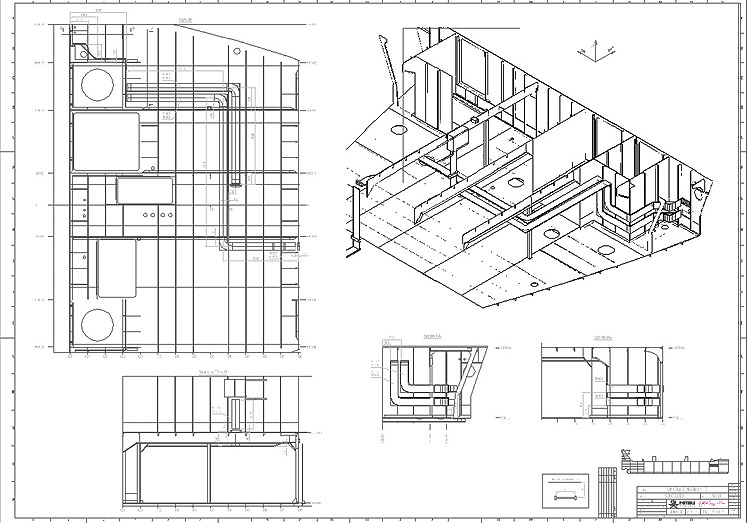 Electrical is a 3D modeling and production system for wireways, cable trays, supports, cables and transits. It features an associative 3D model connecting allocated space to individual wireways, cable trays, supports and subsequent cables.  Associative production documentation can be generated from the model including cable pull schedules and reports. The cables within the model are automatically routed within the ShipConstructor environment according to EMC ratings, minimum bend radius and more.

Detect issues early
Electrical is often one of the last disciplines to be considered and one of the most difficult to allocate space for. Space can be allocated early in the design process using Space Allocations which can be used in all interference checking against structure and other systems. These space allocations will then be used as the foundation for electrical wireways and cable supports ensuring that late issues should not arise.

Effective change
Cables, wireways, cable supports and space allocations within the 3D model are associatively connected. As changes are made to space allocations, wireways, and cable lengths are automatically updated. This level of associativity in the 3D Electrical model reduces the amount of manual work, and resulting errors, that must be performed when change is required.

Accurate cable lengths
Cables are created and automatically routed in 3D resulting in more accurate cable lengths and installation information in cable pull sheets and reports. This leads to lower material handling costs and less wasted cable as it is pulled through the ship.