ShipConstructor 2014 R2 is focused on streamlining workflow for users and enhancing the user experience. This has been accomplished by collecting feedback from clients in all markets and industries, then implementing hundreds of suggestions that boost efficiency, quality and stability. In addition to these user-driven enhancements, ShipConstructor 2014 R2 adds new capabilities for streamlining penetration workflows and managing penetrations in a multi-disciplinary environment. ShipConstructor 2014 R2 also introduces major enhancements to the WeldManagment product which now enables complete 3D weld management. This means that for the first time ever, engineering and production can be seamlessly linked to efficiently and effectively administer the entire welding process.

There are 265 user driven enhancements included in this release which continues to improve ShipConstructor’s very intuitive and familiar User Experience (UX). These enhancements have reduced the number of clicks to complete a specific action. The UX improvements also continue to align ShipConstructor’s workflow to the evolving requirements of our clients.

These improvements allow users to accomplish tasks easier with more intuitive options. They also increase accuracy by providing relevant information during an operation. Additionally, new features and capabilities have been introduced which support new and improved workflows. The breadth of these improvements will guarantee that every ShipConstructor user will notice and appreciate this release. 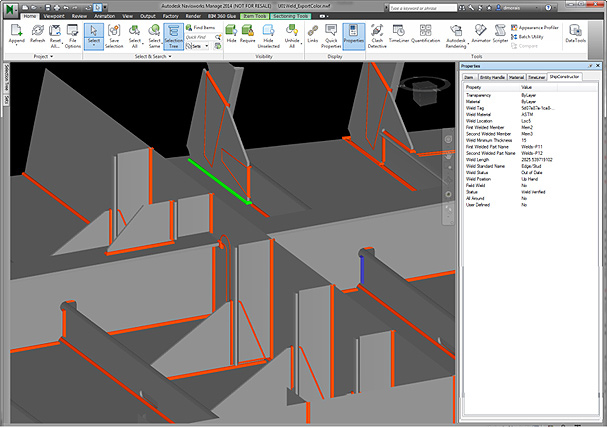 Management of welds through the lifecycle of the project can be a laborious task and can account for a significant amount of time and resources. Therefore, through extensive research and customer feedback, SSI has extended and significantly improved the WeldManagement product securing its position as the most advanced and user friendly weld management application on the market. 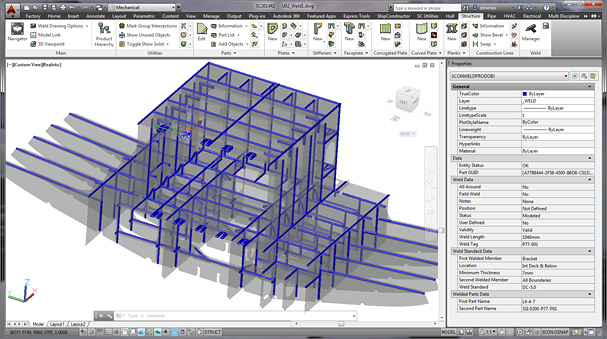 The entire lifecycle of welds from automatic generation of their 3D path to verifying the welds on the shop floor can now all be visualized in 3D using accurate and up-to-date information. This significantly reduces the amount of time required and lessens human errors. To actualize this benefit, there are several visualization modes for welds which ensure that the user can represent the welds in the form which is most appropriate for them to accomplish their task. 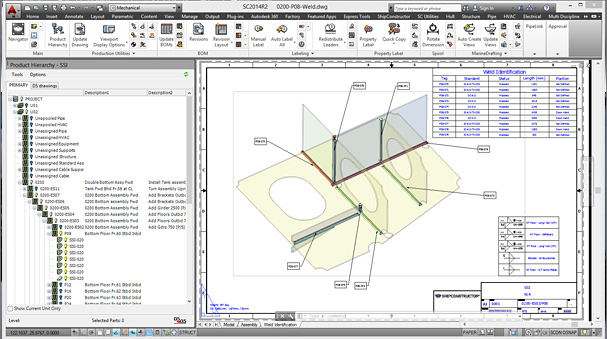 ShipConstructor 2014 R2 allows users to document welds in traditional ways such as with symbolic representations on workshop or assembly DWGs, or alternatively, by having welds and their attributes exported to a spreadsheet. An advantage of using ShipConstructor is that these types of output are generated from the 3D model and that they remain associatively linked. More importantly, ShipConstructor 2014 R2 also adds new modern 3D workflows which better communicate information between engineering and the shop floor than the traditional methods such as printed spreadsheets.

Additional features were added to WeldManagement to better facilitate a cohesive exchange of information between the engineering and production teams without introducing any disruption or requiring additional work by either group. This is accomplished by accessing the weld information contained in the Marine Information Model (MIM) via new and improved methods which allow users to retrieve information in various task specific layouts. This is important because a weld engineer requires specific tools and a visual representation of a weld which differ from the needs of a weld inspector. Therefore, with ShipConstructor 2014 R2 WeldManagement, only the information needed is collected and the user interaction with the data is optimized for the task to be accomplished.

One of the major benefits of ShipConstructor is the unified environment for creating and managing penetrations in a distributed environment. In this release, SSI extended the functionality of penetrations on multi-site projects by eliminating most restrictions. This increased flexibility now allows each site to create, modify and delete penetrations and have all changes integrated together in a predictable manner.

Penetrations by definition are the intersection of two disciplines and because of this there are no “standard” workflows. Some organization requires a several stage penetration approval process while others just require one. ShipConstructor 2014 R2 introduces streamlined approval workflows to remove unnecessary steps that were previously required by users to complete the approval process of a penetration. There are also numerous User Experience (UX) improvements and additional features which allow a user to more efficiently create and manage penetrations. These include features such as the ability to create multiple penetrations simultaneously from one command as well as support for object snaps (Osnaps) on pending penetration cut-outs.

Since ShipConstructor 2014 R2 is compatible with AutoCAD 2014, it allows users to take advantage of the latest features of the world’s most widely used CAD program.