SSI’s newly released version of its Autodesk based ShipConstructor CAD/CAM software (ShipConstructor 2016) provides 27 new features and 104 enhancements including important new functionality to easily and intuitively re-use information to save time. See highlights below. 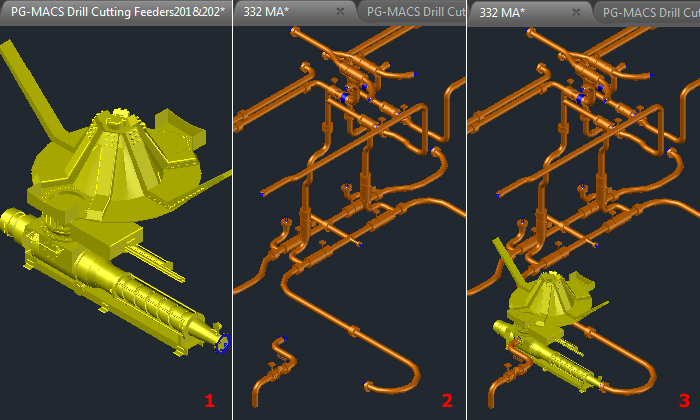 ShipConstructor users know that a key differentiator of the software is that ShipConstructor parts contain more than just dumb geometry. They contain a wealth of intelligence involving shipbuilding-specific data and attribute information along with associative relationships to the other parts in a ship’s product data model.

Often you need to copy parts or selections of parts from one portion of a project to another. Just copying shapes isn’t good enough. To avoid spending a lot of time laboriously redoing a bunch of work, with ShipConstructor 2016, now you can copy/clip and then paste all the associated intelligence as well. And you can do this efficiently with just a few clicks or keystrokes, using intuitive methods standard in other software, e.g. Ctrl+C then Ctrl+V.

To increase accuracy of placement, you can also copy and paste with insertion points which further enhances efficiency.

ShipConstructor 2016 now gives the ability to copy identical selections of parts into new locations such as within the same drawing or to other valid drawing types from the same project. This frequently requested feature is now available and saves time and effort while also reducing errors and increasing quality.

Note that the copy and paste feature is particularly useful when combined with the new multiple document interface capability also released in ShipConstructor 2016 (see below). You can easily copy and paste what you are doing between two different visible screens, thus adding to the intuitiveness and efficiency of SSI’s software.

SSI listens to feedback from its customers. SSI’s Client Council noted that the process of generating production drawings and BOMs (Bills of Materials) can be time consuming. To save time and effort in formatting, ShipConstructor now offers a simple yet powerful means to quickly and easily copy and paste existing BOMs to various drawing types and layouts. This includes the BOM’s filters, formatting and setup while retaining all its relationships with the database.

This increased flexibility would be useful, for example, when you want to add a new layout to an existing pipe arrangement drawing. It’s all about saving time by re-using the work you have already done. 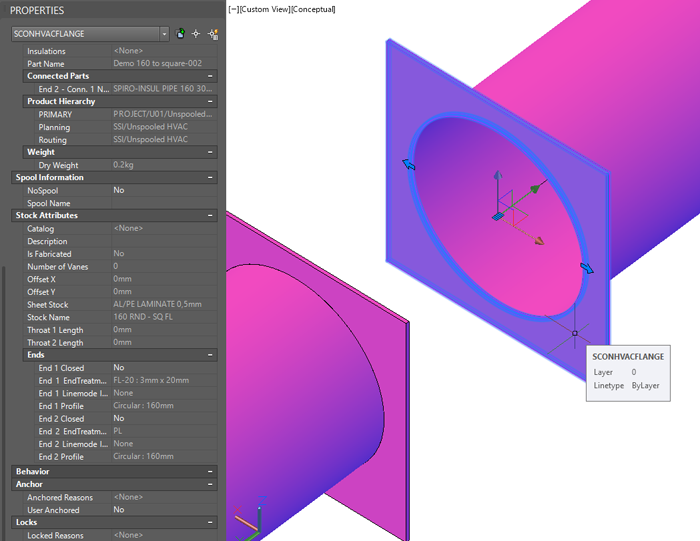 SSI strives to incorporate features that match real-world workflows. Our clients have told us that in many cases flanges are fabricated as separate parts and attached to straight ducts in the same manner as pipes. Flanges are made separate from the duct and they are sometimes installed at separate times.

Clients will also appreciate the fact that now HVAC flanges can be included in Bills of Materials and labeled, giving added information to streamline production planning.

MDI was a feature that was so well received when it was launched in the Subscription Advantage Pack that SSI now has included it within the core ShipConstructor product.

Enabling Multiple Document Interface means that more than one drawing may be open at one time. They are easily accessible in different tabs and thumbnail versions of each drawing’s model view and layout view appear when you hover over a tab.

Tabs are really useful when you want to compare drawings. For example, to help you with modeling, you might want to look at drawings from different disciplines, e.g. Structure and Piping. Or, you might wish to reference closely related parts within the same discipline. You can quickly identify the drawing you want by looking at the thumbnail and then make the full drawing visible with a single click. This feature significantly increases efficiency.

Pro tip: Save often. An advantage of ShipConstructor is that all the drawings are associated back to the underlying product data model. Therefore, you’ll want to save your work in one drawing so that the changes are reflected in the other. 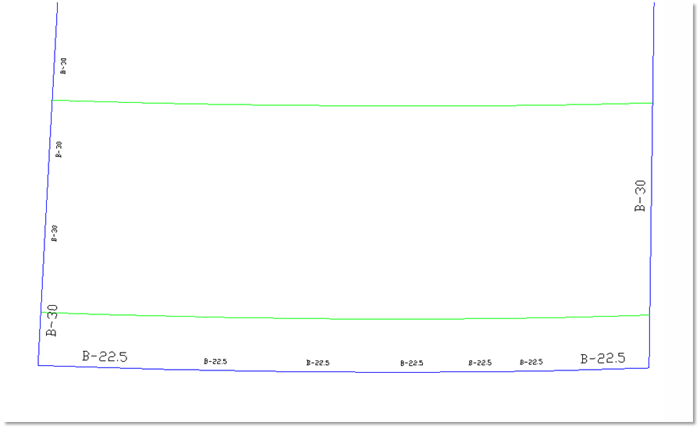 This new feature in ShipConstructor is in high demand industrywide. It allows users to specify a bevel code for the edges of curved plates. This is important because effective management of bevel information is needed to improve communications with production. Therefore, adding bevel standards for curved plate parts allows this process to be managed properly and enhances communication via visuals. Production (welding) is faster, more efficient, and results in higher quality.

Freedom. That’s what the new license roaming option give you. ShipConstructor 2016 now gives you the ability to run ShipConstructor when not connected to the license server. Say you want to work on ShipConstructor on a laptop at home, or at a different office, potentially a client’s or a subcontractor’s. Perhaps you want to have people keep working while doing some work on the license server. You can simply check out licenses and check them back in when you connect back to the network license server. The new license roaming functionality gives all the freedom of the old USB hardware locks with the added security of a software based licensing system.

SSI has worked hard at producing more comprehensive licensing documentation. The new Licensing Manual in ShipConstructor 2016 give detailed information regarding installing and updating licenses, license administration, as well as explanations regarding how to use SSI software licensing with ShipConstructor 2014 and earlier versions.

ShipConstructor is designed to allow you to benefit from modern software capabilities.

New for ShipConstructor 2016 is support for SQL Server 2014. It also features the following Software updates:

Note that Windows 7 remains the work-horse for the vast majority of our clients and remains the most heavily tested and best supported OS though ShipConstructor 2016 also supports Windows 8.1