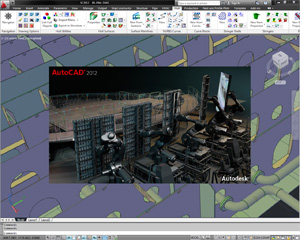 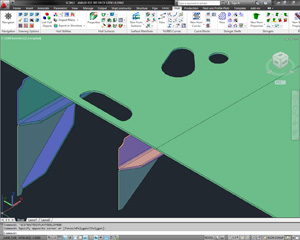 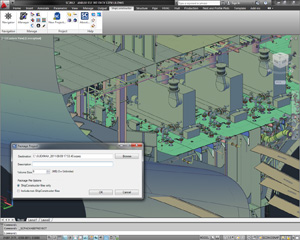 Increased Speed
ShipConstructor 2012 reduces wait time with a number of improvements. The load times of distributed system model drawings have been reduced by up to 10%. Additionally, the time required to load and view distributed system part property data in AutoCAD has been reduced by 50%. This results in increased environment responsiveness, especially when selecting large numbers of parts. Finally, ShipConstructor 2012 allows the performance improvements contained within AutoCAD 2012 to be taken advantage of. As an example, AutoCAD 2012 offers superior performance when switching between different tabs on the ribbon.